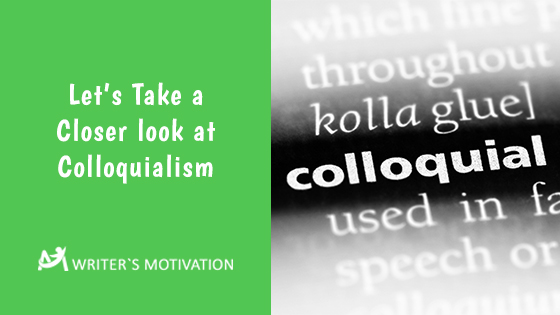 Colloquialism is a writing literary device, predominantly used for casual communication.  It is usually used in informal conversations where the speaker is either relaxed or confident. Although some colloquial terms do use slang, they are not really necessary. Colloquial terms are very versatile, and could be used as contractions or even profanity.  A majority of colloquial terms belongs to a regional or national dialect. So if you are going to use colloquial words and terms in your writing, you should know as many as possible. Here are some great examples of Colloquial terms and phrases to get you started.

Colloquialism may seem like an obscure literary device, however if you want to be a truly complete writer, you will need to be acquainted with as many as possible. Luckily, with this article you’ll be more than acquainted with colloquialism and all its facets.